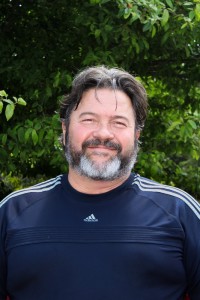 Working with A & J Precision Homes was an exceptional experience which resulted in owning a beautiful quality home that exceeds my expectations! I purchased a lot that was not

Jacob and Alex has made our dream of a beach house come true. We are very happy with the end result. The extra touches they have put on our house

A few words about us

We would like to go back in our history and tell you our story of how A&J came about. Hope you enjoy.

In 1989 Jacob and Monica Posteuca emigrated from Romania to the United States. With their eleven-month-old son Alexandru, they were in search of the much sought after “American Dream”.  The family was quickly up to speed with the fast paced life style of Chicago. Jacob found work in home remolding. Work was unstable though and in 1991 the couple decided to move to Portland Oregon where a bakery job was awaiting Monica and Jacob. So they packed their little belonging and their two children (Alex and Jennifer) and headed towards a better future.

This future however was a rough road ahead. After one year of solid income, in 1992 Monica opened her first Care Home. A business that many family members were running at the time. The big opening took place august 1stt, while eight months pregnant with their third child (Deborah) this was a very big achievement for the family who has only been in the US for three years. Without fail hardship snuck its noise back into the door when Monica was laid off from her bakery job on august 6th, and just to add salt to the wound Jacob was then laid off on the 11th.  The term “When it rains it pours” coming to mind? Jacob still remembers that drive home as being the longest drive of his life. How does he tell his wife and children the news that he no longer has work? The set back was just another bump in the road and Jacob and Monica did what they do best, they found work! Jacob immediately started finding construction jobs to help support his family and Monica placed some resident’s into her home. Between the two of them they worked non-stop and as many jobs as were needed to not only get by but to get ahead. It was at this point Jacob make the move to start a trucking company, while still remodeling on the side. The family was under pure stress at this point, Monica running an in-home business with three little children running around her while Jacob was on the road delivering truckloads of containers. The highlight of Jacobs day was being able to come home in time to help his wife with the after dinner rush and having the joy of tucking his children into bed at night. That’s being a parent, you never clock out. These two were the best parents and team.

In 1994 Monica and Jacob opened their second Care Home while they were expecting their forth child (Maryann).

Building homes was always a priority and a passion that followed Jacob everywhere. In 2005, through a good family friend, God opened the door to the opportunity to begin building in Ocean Shores, WA. A&J Precision Homes was founded in 2006. Both father and son held vital roles as they collaborated to form the successful team they are today. Their powerful association became the key that enabled the company to build effectively and sell homes quickly!

In 2009 Alex said his vows to his wife Rebeca, now going on six years of marriage they have three beautiful daughters. Since the start of A&J the Posteuca family has grown, welcoming into the family a daughter and son in law, as well as five grand daughters and a sixth grandchild on the way.  Our journey since coming to the United States has been everything but easy. Through hard work and determination, we have been blessed beyond our wildest expectations. God's overwhelming provision over our entire family has left us truly humbled.

A&J Precision Homes has now built over thirty homes and holds the highest reputation for quality and costumer satisfaction. We look forward to the future with great excitement!